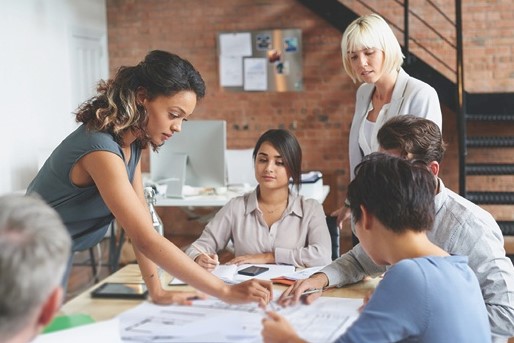 Connie Clement joined the NCCDH in January 2011. Before working with the NCCDH, she spent nearly three decades at Toronto Public Health as director of policy and planning when six public health units merged, and held varied management and front-line health promotion and sexual health positions. Connie was also the executive director of Health Nexus/Nexus Santé, an Ontario-oriented health promotion organization, and of Social Venture Partners Toronto, a venture philanthropy collaborative; she was also managing editor and collective member of Women Healthsharing. Connie holds a BSc in Biology/Sociology from Trent University. Connie received the Canadian Public Health Association’s certificate of merit in 2014.

This blog is part of a blog-series to be published in 2017. This blog describes the NCCDH’s current initiative become more intentionally anti-racist and better enabled to translate knowledge that will facilitate public health to address racism and racialization in their work places and as a structural determinant of health and inequity in the population.

At the NCCDH, our work is to translate knowledge into action to help Public Health draw attention to and positively influence societal forces and conditions that influence and determine people’s health. One of these societal systems and processes – known as structural determinants of health -- is racism and racialization.

By ‘racism’ I refer to social systems that classify groups by racial perceptions and stereotypes, preferentially allocating societal resources to some groups and denying them to others. In the case of Canada, privileges associated with being white and disadvantages associated with being non-white are maintained by policies, institutions and cultural norms. ‘Racialization’ is a concept that evolved to make the social construction of race more visible. Calgary Anti-Racism Education describes it this way: “Racialization is the very complex and contradictory process through which groups come to be designated as being of a particular ‘race’ and on that basis subjected to differential and/or unequal treatment.” In Canada, white people’s race is socially considered the norm and invisible, whereas the race of non-whites’ is kept visible. Drawing attention to the processes by which this happens is an integral part of dismantling racism and reducing negative health impacts that result from racism.

In 2016, the NCCDH initiated a long-term anti-racism project. This came about in response a long-standing call by our staff of colour to pay more attention to racism; our team’s observation that the public health sector might more readily step up as allies to Indigenous Canadians in the wake of the Truth and Reconciliation Commission’s Report; and was catalyzed by an incident and team response that had racist impact. The objectives of our initiative are to:

In September, 2016 we held an intensive, highly participatory workshop guided by Steve Law, a facilitator who has worked for many years in anti-racism. Together and individually we learned about racism, power, privilege and our team. The session was designed to be of benefit for all staff, recognizing staff’s different experiences of racialization. We explored how racism is experienced and perpetuated by team members, including reflecting upon what had occurred among our team in early summer, as well as ways that the NCCDH can become an anti-racist organization and a catalyst and resource for other public health organizations.

The workshop was a key step into a longer-term change process. We have set-up an internal workgroup to support and guide this process. Throughout 2017, we are holding monthly sessions. As our process, we have adopted The Circle Way, a ‘lightly formalized, lightly facilitated’ group dialogue method that has been refined over 20 years. Staff members rotate through the roles of host, guardian and scribe. Each month, the host choses a discussion topic, usually supported by an article or perhaps a video or podcast to ground our discussion. We are striving to draw upon the experiential and professional expertise about racism held by our staff of colour, while also integrating white staff into co-leadership for change.

Our first such learning session was in January, 2017 when we read and discussed White Fragility by Robin DiAngelo. The article introduced a concept new to NCCDH’s white staff, yet known to most of our racialized staff. In our sometimes emotional discussion, we explored ways that white people are insulated from racial discomfort and deepened our understanding of our individual – and varied – societal positions. February’s article was Racism as a determinant of immigrant health by Ilene Hyman, a policy brief funded by the Public Health Agency of Canada for Metropolis. March’s article is First Peoples, second class treatment: The role of racism in the health and well-being of Indigenous peoples in Canada by Dr. Billie Allan and Dr. Janet Smylie.

Team members have committed to sharing our group and personal experiences with our wider audience in blogs, in keeping with a planned activity to put ourselves in a fishbowl so that others working in public health have an opportunity to learn from our change process. We are journaling, reading and attending webinars and bringing new knowledge and resources to the team. Some staff are discussing our anti-racism change commitment with colleagues, friends and family. As one white staff member said, once you begin to understand racism, you see it everywhere. And, once we see it, what do we – and what does public health – do about it? We will recommend anti-racism resources, and also methods for reflective learning, to deepen public health practice. Speaking personally, I feel privileged to have this opportunity, with our team, to address such a core component of advancing health equity through my public health practice.

Read Becoming anti-racist: Small steps along the way about some of what lead up to this project. Come back to our website for future blogs that will continue our story.